While I was marveling at Marcus Peters’ series of outstanding performances last season, I couldn’t help but think that at the rate he’d been intercepting quarterbacks since he entered the league in 2015, he was working on a potentially Pro Football Hall of Fame career. With 27 interceptions in just 5 seasons, he is well […]

Ravens were AHEAD of schedule

Prior to the start of the 2019 season, my co-host and producer Peter DiLutis and I took a look at the Ravens schedule.  It’s an annual exercise which I’m sure all of our fellow Ravens fanatics engage in.  We look at each game and mark it down as  “W” or an “L”.  Our consensus was […]

I think………. it’s great that the Ravens are currently navigating uncharted waters in franchise history, in full control of their destiny to secure the #1 seed in the playoffs that Eric DeCosta is hands down NFL Executive of the Year. He struck gold once again in this year’s NFL draft and retooled the roster on […]

Ravens take down the gritty Bills

Ravens take down the gritty Bills The Bills were able to “contain” Lamar Jackson. To me it underscored the need for the Ravens to go get a wide receiver 1 in the off-season. Marquise Brown is nice player, but he’s all but disappeared against the good defenses and players he’s had to go up against […]

Thoughts on the 8 – 2 Baltimore Ravens

Thoughts on the 8 – 2 Baltimore Ravens Lamar Jackson is good. I mean really good. In fact, he’s so good, I’m running out of superlatives. It took all of 2 series of downs to realize that Lamar Jackson looks to be a better quarterback than Deshaun Watson. He’s much more athletic, twitchy and decisive. […]

Thoughts from yesterday’s Ravens win over the Steelers: Ravens improve to 3-2, 1-1 in the AFC North Division, and in the process drop the Steelers to 1-4.  The 2-2 Browns are at San Francisco for a Monday Night match up.  The hapless Bengals – whom the Ravens face next at M&T Bank Stadium – are […]

Not a good day at the office by the Ravens by any stretch.  Here are my thoughts this morning: I said all week that job 1 for the Ravens was to stop Browns running back Nick Chubb.  After watching tape of the Browns’ first 3 games, I had come to the conclusion that they got […]

Here are my Monday Morning thoughts, as I was on the field with the players pre-game and up in the stands during the game.  Here is what I saw: QB Lamar Jackson was seriously awesome.  It was obvious that he still has some flaws in his passing game, some accuracy issues, but he also delivered […]

Cardinals vs Ravens – pick your poison

The Baltimore Ravens open up their season at home this Sunday at 1:00 p.m. against the Arizona Cardinals.  The reason for the “pick your poison” headline is simple – defensively the Cardinals can’t stop the run nor the pass.  They are equally bad in both areas.  Most NFL teams can do one or the either, […]

First impressions of Ravens victory over the Dolphins

It was nice to see that the Ravens didn’t  play down to the level of competition for once.  That fact was pointed out to me by two rabid Ravens fans (Mike Tarlton and Christos Koulatsos please take a bow).  It’s only one game but it seems that in seasons past the Ravens rose up against […] 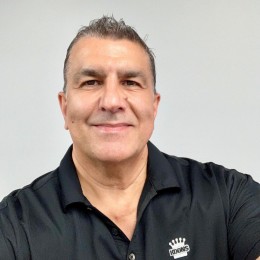