Bud Light Puts the Focus on the Fan with NFL Superstition Survey
Baltimore Ravens, Arizona Cardinals and New Orleans Saints Fans Rank as the Most Superstitious

To celebrate the 2013 NFL season and the fan rituals that are just as much a part of the game as blocking and tackling, Bud Light, the official beer sponsor of the National Football League, has released the results of its NFL Fan Superstition Survey. This survey, which gathered opinions from nearly 10,000 adult NFL fans over the summer, took an in-depth look at the fan bases of each of the 32 NFL teams and how their superstitions and rituals impact their enjoyment of the game. According to the survey, the top-5 most superstitious fan bases in the NFL are:

The survey also provided a glimpse inside the minds of NFL fans who will do whatever it takes for the win and revealed which fans are least likely to “take one for the team.” Among the results:

Bud Light partnered with KRC Research to conduct the national, online quantitative survey with NFL fans ages 21 and older. More than 50 questions were asked and, out of that, an “NFL Fan Superstition Index” formed. The index calculates the superstition level of each NFL fan base by each fan’s game-day habits – everything from wearing dirty jerseys, chanting and kissing team trinkets to superstition consistency and true belief levels – and aggregates those into a score from 0 to 100.

For more complete details on the survey results, including team-by-team breakdowns, visit newsroom.anheuser-busch.com/budlightnfl.  For more information on Bud Light’s NFL sponsorship throughout the season, visit BudLight.com or Facebook.com/BudLight.

Comments Off on Study says Ravens fans most superstitious in NFL

Another big week for giveaways, live shows and season openers here at WNST!

Once again, WNST will be all over Charm City this week as we’re excited about a Baltimore Ravens season opener, a Baltimore Orioles playoff push and more.

It starts Tuesday night, as “The Reality Check”‘s Glenn Clark returns to Hooters Towson 7-8 for our next “Grab A Bud” Happy Hour presented by Budweiser. This is your last chance to win tickets to see Nick Offerman (Ron Swanson from NBC’s “Parks and Recreation”) Wednesday night at The Modell Performing Arts Center at The Lyric. If you need a reminder of how funny Nick Offerman is, check this out from ABC’s “Jimmy Kimmel Live!”

Glenn will have six pairs of tickets to give away to the first six people that come by and say hello while rooting on the Orioles against the Cleveland Indians. On Wednesday night, it’s “The Morning Reaction”‘s Luke Jones’ turn to “Grab a Bud” with everyone, as he’ll be at Hooters Towson 7-8pm also courtesy of Budweiser. Luke will have plenty of giveaways as well, including tickets to see Kenny Loggins at The Lyric Sunday, September 15.

Thursday afternoon we’ll gear up for the Ravens’ season opener against the Denver Broncos with an awesome pre-game party at Noble’s in Federal Hill courtesy of Pinnacle Vodka. ESPN The Magazine’s Kevin Van Valkenburg will be stopping by to hang out as “The Reality Check” broadcasts live 2-6pm. We’ll have more giveaways and you’ll DEFINITELY want to try Nobles’ “Orange Crush Davis” ahead of the O’s/White Sox game that night or the Keith Urban concert at the Inner Harbor-wherever you’re headed.

Thursday night, “The Nasty Purple Pregame & Postgame Shows” return on AM1570 WNST.net. Glenn, Luke and Ryan Chell will take you up to kickoff in Denver with Nestor Aparicio live from The Mile High City! The shows are brought to you in part by First Choice Automotive in Joppa. Glenn and Ryan will be back after the game for a two hour postgame show with live reaction from Denver before Luke joins Drew at 6am Friday for The D&L Window Tinting Morning Reaction.

Glenn returns to Nobles Friday afternoon for another Purple & Orange Friday edition of “The Reality Check” with more great giveaways.

You won’t want to miss any of it.

Comments Off on Another big week for giveaways, live shows and season openers here at WNST!

It’s a jam packed week here at WNST, with more chances for you to hang out, mingle, win prizes and meet players than perhaps we’ve ever slammed into a single week before.

Glenn Clark from “The Reality Check” continues his “Grab a Bud” happy hour series at Hooters in Towson courtesy of Budweiser. Glenn will be rooting the Orioles on against the Red Sox, showing some major support for Towson against UConn and keeping tabs on the Ravens as they visit the Rams. If you stop by Hooters, not only will there be Hooters girls, but you can take advantage of some of their brand new menu additions, including “The Southwestern.” 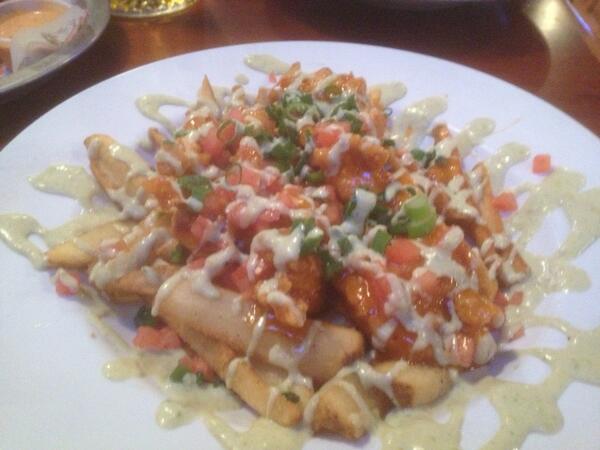 The WNST.net staff got a taste of this beauty last week. It’s glorious. Everyone who attends Thursday night will be registered to win tickets to see Nick Offerman (Ron Swanson from NBC’s “Parks and Recreation”, who made a hilarious appearance on “The Reality Check” last week that’s worth listening to if you missed it) Sept. 4 or Kenny Loggins Sept. 15 at The Modell Performing Arts Center at The Lyric. Glenn will be giving away tickets on site, so anyone who stops by between 7pm and 8pm will be registered. There will be other great giveaways as well, and rumor has it there are girls at Hooters. Just a rumor.

As the Grand Prix of Baltimore gets underway downtown (we encourage you to get your tickets now!), WNST has two incredible events lined up. First, we’ll kick off our 2013 Ravens player show series with Super Bowl XLVII champion left tackle Bryant McKinnie at Adams Jeep in Aberdeen. The show gets underway at 7pm. We’ve had a ton of fun with the man known as “Mt. McKinnie” over the years. Sometimes he even gets into song.

Later Friday night, Glenn Clark and Nestor Aparicio will wander down Route 40 to Exscape Nightclub for a huge orange celebration. Between 8:30 and 10:30, we’ll be rooting on the Birds as they battle the Yankees with a FREE taco bar and $5 Orange Crush Machados. As if that wasn’t enough, every single person who stops by to see us between 8:30 and 10:30 will walk away with a very awesome “Crush Davis” t-shirt courtesy of The Zone Superstore. See a look at the back of the shirt below. Another rumor? There are also girls at Exscape Night Club.

Our tradition of taking Baltimore Orioles fans on the road continues, as our Orange Roadtrip to The Bronx to see the Birds battle the Yanks departs White Marsh at 7am. It’s a tremendous chance for you to root on the O’s in an ALDS rematch against a team they’re fighting with again this year for a postseason spot. The trip is just $119 per person and includes the ride up and back, ticket, beer/soda/breakfast/snacks. With an afternoon start, the bus should return at a very reasonable time.

Keep all of this in mind as you prepare for your Labor Day weekend. It’s going to be a ton of fun throughout Charm City (and beyond) for the WNST crew. Look forward to seeing you around!

BALTIMORE (July 22, 2013) – Organizers of the Grand Prix of Baltimore presented by SRT today announced the Celebration of Acceleration will include a Budweiser Party Zone where adult event-goers can experience a unique sports bar venue and great live musical entertainment throughout Labor Day weekend.

Located along Light Street near the main straightaway and Turns 1 and 2, the Budweiser Party Zone will be an ideal setting for spectators 21 years of age and older to gather, enjoy a range of Budweiser products and take in all the racing action at one of the street course’s most exciting locations. The Budweiser Party Zone will offer a range of great food offerings, live radio broadcasts and live musical performances throughout the weekend by Sly 45, the Doyle Brothers and Levi Stephens.

“The Budweiser Party Zone is a great addition to the Celebration of Acceleration,” said Debbie Bell, vice president of sales and marketing for Race On, promoter of the Grand Prix of Baltimore presented by SRT. “Our goal is to provide fans of all ages with three days of great entertainment in downtown Charm City, and the Budweiser Party Zone is the perfect place for those 21 and older to enjoy this dynamic three-day event.”

“The Grand Prix of Baltimore is one of the largest and most exciting sporting events on the East Coast, and we’re excited to be a part of it,” said Brian Hartlieb, sales and marketing manager for Winner Distributing. “The Budweiser Party Zone will be the ultimate destination for fans who want to relax with their friends, experience the best racing in the world and take in some truly amazing bands.”

Live musical entertainment will begin in the Budweiser Party Zone on Friday, Aug. 30 at noon*, with local favorites Sly 45 performing its unique fusion of jazz, blues and pop.

On Saturday, Aug. 31, Sly 45 returns to the Budweiser Party Zone from noon to 3 p.m*. The Doyle Brothers, a New York-based band that combines the timeless classics of the Everly Brothers with the modern swagger of Michael Bublé and Bruno Mars, will perform from 3 p.m. to 6 p.m.*

The Doyle Brothers open Sunday’s entertainment in the Budweiser Party Zone, performing from noon to 3 p.m.* Levi Stephens – whose music ranges from R&B to soul, rock and gospel – will perform from 3 p.m. to 6 p.m.*

About the Grand Prix of Baltimore presented by SRT

The third annual Grand Prix of Baltimore presented by SRT is one of only two events in the United States to feature the IZOD IndyCar Series and the American Le Mans Series (ALMS) presented by Tequila Patron in the same weekend. The IZOD IndyCar Series runs 75 laps around the Grand Prix’s 12-turn, two-mile street course adjacent to the famed Inner Harbor in downtown Baltimore. The ALMS race is a timed competition, with the team completing the most laps in 2 hours and 45 minutes taking the victory. The Grand Prix of Baltimore presented by SRT also includes Firestone Indy Lights racing and, for the first time in 2013, the largest single-make series in North America: the IMSA GT3 Cup Challenge by Yokohama.

Beyond the racing action, the Grand Prix of Baltimore presented by SRT offers a full range of food and beverage offerings and dynamic live musical entertainment. The Esskay Family Fun Zone houses a wealth of interactive games and activities for parents and children of all ages in an indoor, climate-controlled environment.